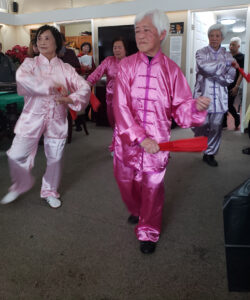 In 1978, the US Congress designated May as Asian American Pacific Islander (AAPI) Heritage Month, a period set aside to commemorate the culture, traditions, history and contributions of AAPI people in the United States. According to a 2021 Pew Research Report, 23 million Asian Americans – about 7 percent of the U.S. population — trace their roots to more than 20 countries in East and Southeast Asia and the Indian subcontinent. From among this group, 85% have origins from six countries: China, India, Philippines, Vietnam, Korea and Japan.

While normally AAPI Heritage Month is a time for celebration, the past year has been marked by an uptick in violent crime, hateful rhetoric and Anti-Asian bias. In the past year, hate crimes leveled against AAPI people have nearly doubled from 3,795 to 6,603 from March 19, 2020 to March 19, 2021. Hate incidents reported by women make up 64.8% of all reports and more seniors (60 years old and older) reported hate incidents in 2021, increasing from 6.3% in 2020 to 7% in 2021. Based on the predominance of news coverage, many of our older residents are frightened to venture out of their homes to the grocery store or to take a walk because of the increased threat of violence.

As a culturally-diverse organization, CCH’s leadership denounces these acts of violence and hate. “We oppose any form of discrimination, injustice, inequality or hatred leveled against any race or ethnic group,” shares CCH Presidents and CEO Syd Najeeb. “CCH stands in solidarity with our Asian, Asian American and Pacific Islander residents, staff and community members who oppose these crimes of hatred, bigotry and anti-Asian bias.”

What can be done, individually and collectively, to raise the bar against acts of intolerance and hate? To begin, prompt yourself to learn more about the history of racism against Asian Americans, as well as the ways Asian Americans have contributed to the mounting movement for racial equality in this country.

There are various resources available. Click here to read about AAPI Heritage Month activities and the contributions of Asian and Pacific Islanders to American history past, present and future. To find safety tips for how you can protect yourself and/or assist others from hate crimes, go to Stop AAPI Hate, a Bay Area reporting center tracking the uptick in harassment and hate crimes against Asian Americans.

Syd adds, ”Together, we can support one another and build bridges to a more just and fair society for all.”