Affirming Fair Housing for All 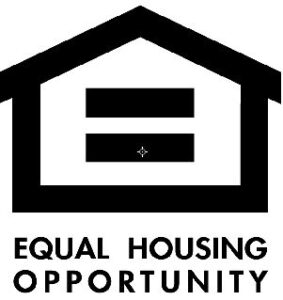 CCH remains committed to the Fair Housing Act, enacted as an expansion of the Civil Rights Act of 1968 and meant to ensure all citizens, regardless of race, creed, national original, religion, sexual preference or disability, have an equal opportunity to fair housing. Those in the housing industry who receive federal funding are required to abide by all the rules and regulations of the Federal Fair Housing Act that specifically prohibit acts of racial discrimination of any kind.

Over the past several months, much national attention has been focused on promoting equality for all persons before the law. “As an organization, it is important for us to treat everyone fairly and with respect,” shares CCH Director of Property Management Lilia Gomez. “This is not only the law of the land but makes good business sense and is the premise on which we run our organization.”

In a recent development, the U.S. Department of Housing and Urban Development (HUD) on July 23 issued a new Preserving Community and Neighborhood Choice final rule. The new rule terminates the 2015 Affirmatively Furthering Housing final rule and the 1994 Analysis of Impediments which were intended to combat racial segregation in suburban housing. The new rule represents a return to HUD’s previous understanding of the 1968 fair housing act and would take effect 30 days after it’s published in the Federal Register.

The termination of the AFFH Rule potentially impacts HUD program participants and federal programmatic requirements across the country. In California, however, Assembly Bill 686 (AB 686) provides requirements for all state and local agencies in California to administer their housing and community development programs in a way that affirmatively furthers fair housing. The state law remains intact, regardless of the federal action, and prohibits entities from taking actions inconsistent with this obligation.

As a progressive organization, CCH remains committed to fair housing for all, regardless of proposed changes. “We are a diverse organization serving a diverse clientele,” says CCH President and CEO Syd Najeeb.  “We are committed to treating everyone equality, fairly and with respect. These are key components on which we train our staff and what makes our organization great.”