A Case for Helping the Homeless 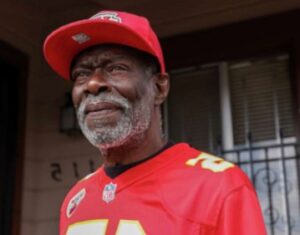 Johná Wilcoxen, 72, a participant since the UCSF HOPE-HOME study began in 2013, was recently featured in a San Francisco Chronical article. Partially disabled since 1998, he lost his government-subsidized housing in Berkeley at age 54 when his children grew up and moved away, changing the conditions for the subsidy.

Though he had knee trouble, he was still able to do some work as a plumber — but only enough “to pay for food, transportation, and every now and then a motel room,” he said. He lived on the streets, on friends’ couches and in a car until he finally got another government housing voucher and moved into a small house in East Oakland in March.

“Being on the streets day after day after day — it’s just no way to live, and it’s much harder when you’re over 50,” Johná shares. He is now a community adviser for the HOPE-HOME study.

“After 50, my income was lower than when I was younger, I didn’t get constant jobs. The Section 8 (housing voucher) list is so long you wait four or five years,” he explains. He counts himself “blessed” that, with high blood pressure and constant stress from roof-less vulnerability, he’s lasted long enough to get housing.

“Jesus was looking out for me,” he says. “And it can’t be just for me. We need to get as many people as we can off the street so more people can stay alive.”