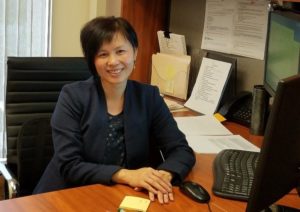 Ms. Cammille Lo-Li has been named Senior Manager of Social Services. Cammille has been with CCH a little over 5 years, and prior to CCH the majority of her work experience was as a Medical Case Manager in adult day healthcare settings in Alameda County and San Francisco, and for people with developmental disabilities in Contra Costa County. She has also been a supervisor with Meals-on-Wheels. Cammille has a Bachelor’s Degree in Sociology with a minor in Social Services from Cal State University East Bay.

She had been doing a great job assisting Director of Social Services, Joann Moncrief, with the training of Service Coordinators this year. Later, she assumed some duties following Ms. Moncrief’s retirement in November. Cammille also served as a mentor while being a Service Coordinator herself at JL Richards and Irene Cooper.