California’s long-standing housing crisis continues to mushroom and is deeply exasperated by the pandemic. Rents are on the rise and homelessness is growing at a rapid pace. The COVID-19 pandemic has worsened an already precarious situation. In the golden state, demand for housing far exceeds the supply of available homes and income for wageworkers has not kept pace with escalating rents. Over the past decade, the state’s population grew by about 6.7% but new housing grew by only 4.8%, according to CalMatters, a nonprofit, nonpartisan newsroom covering statewide policy. Simply put, California doesn’t have enough housing capacity or necessary resources to keep pace with the demand. 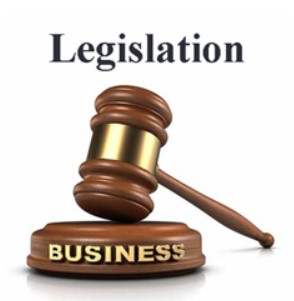 Legislators are well aware of this challenge. In 2020, there was a major push for housing legislation and reform. Lawmakers proposed a number of housing bills, including a measure that would have forced cities to allow more mid-rise apartment buildings, convert big box rental property into housing and limit the restraints of environmental laws impacting housing projects. None of these bills passed.

Legislators went back to work in 2021. CalMatters provides the following perspective on a few of the pertinent housing bills passed in 2021:

AB 215, by Assembly Member David Chiu, will put teeth in the Regional Housing Needs Allocation, a law designed to increase housing production. Cities will need to check in with the state halfway through their eight-year housing approval process. If cities are behind in their goals, the state will force them to approve more pro-housing policies. Gov. Newsom signed this bill into law on Sept. 28.

SB 8 is a follow-up to Sen. Skinner’s groundbreaking law, SB 330 (also known as the Housing Crisis Act of 2019) took effect Jan. 1, 2020, accelerating the approval of housing projects throughout California. Without SB 330, numerous housing development proposals would have likely faced years of hearings before being able to break ground. The bill was set to expire in 2025. Newsom signed SB 8 into law on Sept. 16, extending the provisions of SB 330 until 2030.

SB 9, by Senate leader Tom Atkins of San Diego, allows homeowners to put a duplex on single-family lots or split them without requiring a hearing or approval from local government. The state legislation passed this bill and Newsom signed it into law on Sept. 16.

SB 10, by Wiener, enables that cities may rezone transit centers and job hubs to allow as many as 10 units per parcel. The proximity to public transit will theoretically lead to fewer cars on the road, helping the state to reduce climate change. Newsom signed this bill on Sept. 16.

SB 478, also by Weiner, takes aim at local ordinances limiting the construction of housing based on lot size, effectively erasing the chance to build small apartment buildings on land zoned for multi-family housing. Newsom signed this bill on Sept. 28.

Despite these legislative wins, much work remains. Lawmakers are continuing to seek remedies for California’s housing woos. The future outlook includes legislation designed to ease zoning and environmental restrictions to allow for more dense housing. Legislators also are looking at how to funnel more money into affordable housing production and ways to force local governments to comply with state goals.

“It’s important to stay informed,” shares CCH President and CEO Syd Najeeb. “CCH supports taking a proactive stance in following legislation and supporting bills which will enhance the quality of life for older adults. There are no easy solutions,” he adds. “Stay tuned for more work which lies ahead. Everyone has a role to play in paving the way for real housing reform.”