I am Seeing Fires — And Not Just One Kind! 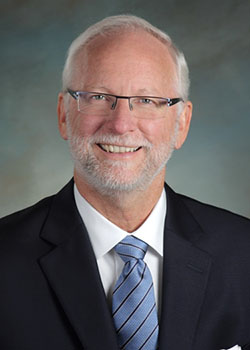 In the last few weeks, the word and the concept of “FIRE” has been in the forefront of my mind and heart. Californians have spent the last three years watching large parts of our state turn to ash as wild fires have swept through Yosemite and the national forests, wiping out entire districts of cities. CCH had a direct taste of this in early August when one of our buildings filled with seniors was evacuated in Redding, Ca. The entire CCH family watched as our seniors were scooped out of our property and sent to assorted shelters. Read an additional post from our staff about this scary event and how nicely it ended as our team pulled together.

At the same time, I see the intensity of all forms of housing shortages, especially affordable housing, rising to meteoric levels. Somebody needs to stand up and scream, “FIRE”! Indeed, after several years of lackluster decline, the level of interest and enthusiasm for affordable housing is finally starting to catch fire. Every registered voter in California needs to be prepared to show up at the ballot box on November 6 – or better still, vote early by mail or absentee ballot. Two huge housing propositions will be on the ticket in November. It is exciting to see housing issues at the top of the ballot with Propositions 1 and 2. Proposition 1 provides a general obligation bond to create $4 billion for badly needed affordable housing. These dollars will serve families, seniors, teachers, working class families and the homeless. Proposition 2 allocates $2 billion of already existing funds toward homelessness. If you are living in one of California’s urban areas, there is probably a homeless individual within a few hundred feet of your home or work place.

In addition, many local cities and counties, including the cities of Santa Rosa, Santa Cruz, Berkeley, Oakland, Sacramento, National City and San Francisco, plus the counties of Santa Clara and Napa, will have local affordable housing initiatives on the ballot. These cities and counties are following San Francisco, Alameda County and Santa Clara County which had similar measures in 2016.

A spark has been struck to create a fire underneath affordable housing. Your vote will be one more breath on that small fire. Soon, we will have a fire raging for affordable housing and people can begin to put their lives back together. CCH is supporting these state and local bond measures with our dollars, expertise and time. I ask you to join our team and get ready to push affordable housing over the finish line. See you at the ballot box on November 6!